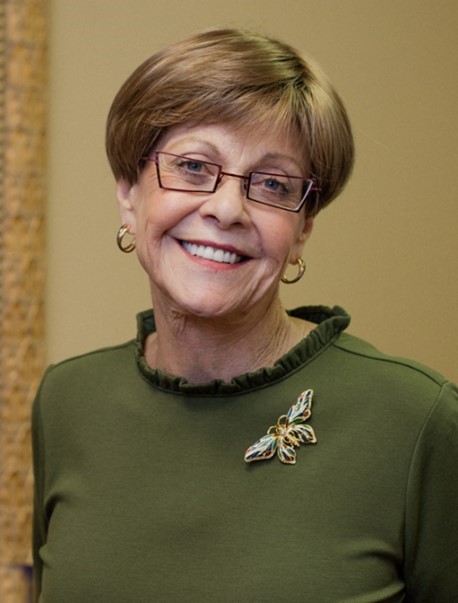 Patricia Meidell grew up in Idaho. She got a BS from ISU and MA from NAU. She taught high school for 17 years. As a Certified Financial Planner, she opened her own financial planning firm. She moved her family to Reno in l992. She and her son still work together at American Wealth Management.

As a member of the Church of Jesus Christ of Latter-Day Saints, Pat has held various positions. Currently, she serves as associate director in Public Affairs/ Communications. In this capacity, she became involved in interfaith, representing her Church and serving the interfaith community.

She actively served as President of the Nevada Interfaith Association from 2017-2020. She currently serves on the Board of Directors and as treasurer. Pat also serves on the Renown Foundation Board and was instrumental in creating the Interfaith Spiritual Center at Renown. Pat initiated the NIA Youth Conference in 2018.

Pat loves to read, garden, and, best of all, be a grandmother to her grandchildren. 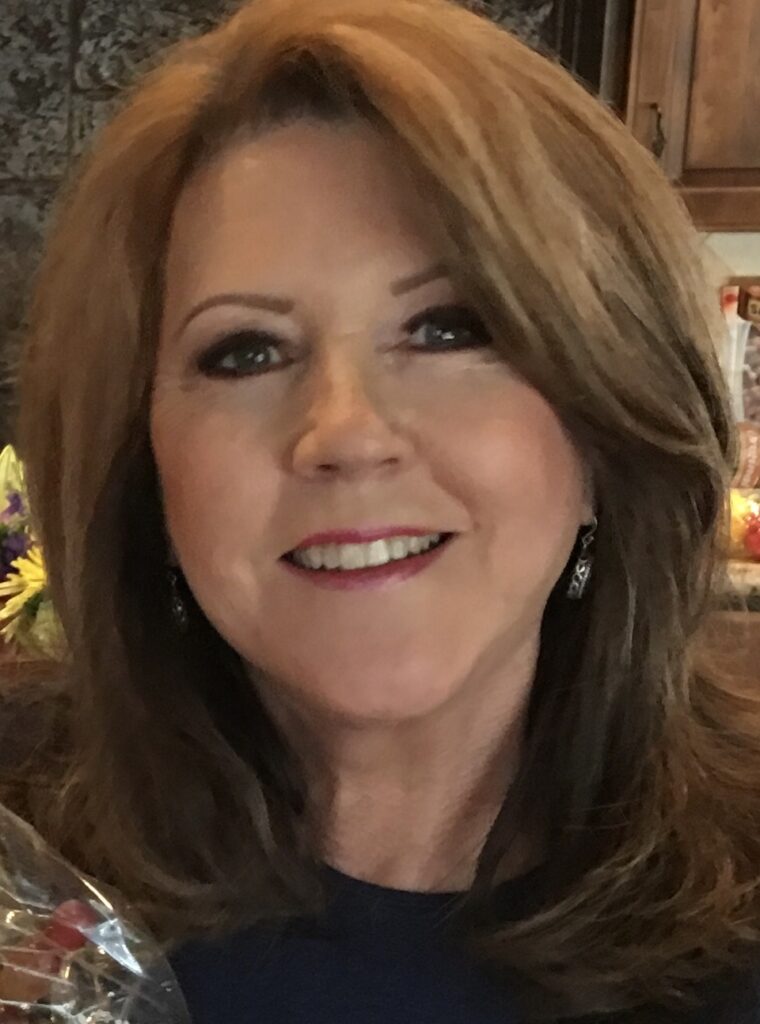 Pamela Kellerstrass is a member of The Church of Jesus Christ of Latter-day Saints and serves as Interfaith Specialist for the Church’s Global Communications Network in the Communication Department. A Navy brat to the core, she was born in Honolulu, Hawaii, and went to first and second grade in Guam. She spent her growing up years in Southern California. Pamela is the owner and CEO of Allstates Warehousing and Distribution. She plays piano, organ and has conducted many choirs. She was the choir director for the 1987 and 1988 Governor’s Prayer Breakfast when the Governor’s Prayer Breakfast was sponsored. Her passions are genealogy/family history, quilting, oil painting, and writing. Her joy is her family. Pamela and her husband, Jack, have six children and 18 grandchildren, thirteen of these are boys. She has been heard to say, “Holidays at my house are loud.” 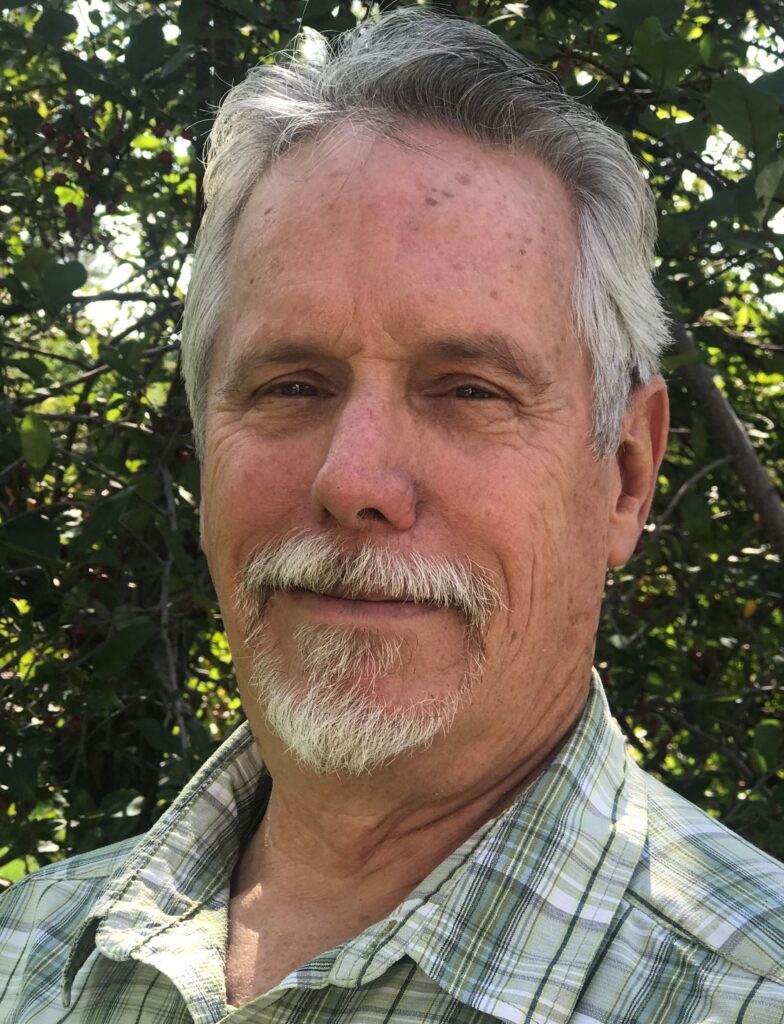 Bradley is married to Genevieve Metro; they have raised four girls mixing in a stepdaughter, six grandchildren, two great-grandchildren.

Bradley is a member of the Baha’i Faith and is currently serving on the Local Spiritual Assembly of Sparks serving as the LSA’s treasurer. He is a past Board Member and treasurer for the Nevada Chiropractic Association.

Bradley recognizes the need to integrate body, mind, and spirit for personal and community health. He has applied this philosophy in his private chiropractic practice for over thirty-nine years, utilizing traditional chiropractic with Baha’i teachings, eastern philosophies, and consciousness technologies. He has assisted and sponsored many world acclaimed healers in seminars and ceremonies and has led local healing workshops.

Bradley believes NIA plays a pivotal role in our community’s health by bringing together our various faith groups to understand our common spiritual beliefs and actions better. 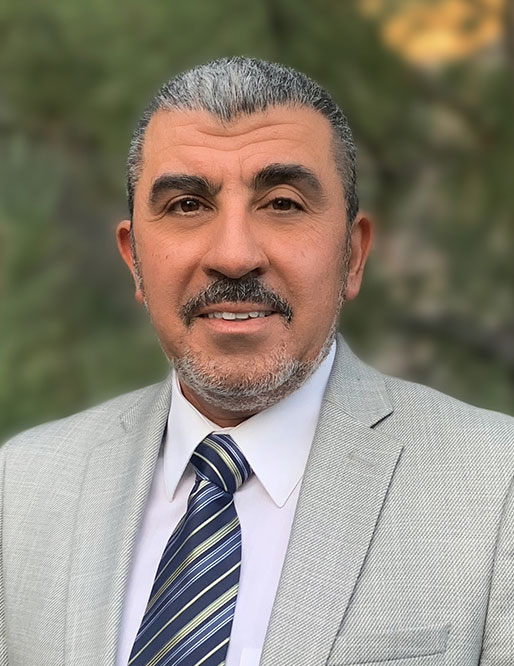 Dr. Sherif Elfass is the President of the Northern Nevada Muslim Community. He is a former president of the Muslim Students’ Association at the University of Nevada, Reno, and later became its faculty advisor. Dr. Elfass also served as a teacher and then the principal of the Weekend Islamic School.  He participated in numerous interfaith events, served on multiple panels, and delivered numerous presentations and speeches to alleviate Islam’s misconceptions, promote mutual respect, and eradicate hate. For the past nine (9) years, Dr. Elfass has been writing in the weekly Faith Forum discussions published by Reno Gazette Journal every Sunday. He is the recipient of the 2017 Michael O’Callaghan Humanitarian Award for his humanitarian effort.

Dr. Elfass holds a Ph.D. in Civil Engineering and works as a Research Associate Professor at the University
of Nevada, Reno. 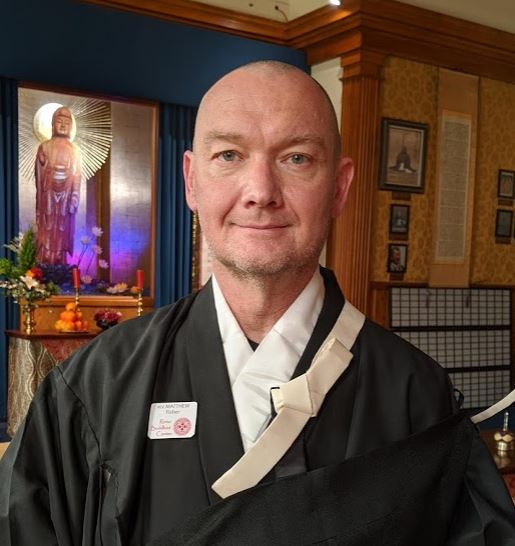 Rev. Matthew Fisher, Reno Buddhist Center. Rev. Matthew Fisher holds a BA degree in Comparative Religion with concentration in Buddhist Studies from Bowdoin College 1984. He also holds a Masters Degree in Design. He has received specific seminar training in Church growth, fundraising, and leadership for capital projects. This training occurred when he was a board member of another church for 6 years in the 1990’s. He has studied Buddhism in India, Sri Lanka, Korea, China, and Japan. He was lay ordained by Reno Buddhist Center’s Temple Master, Dr. Daigan Lee Matsunaga, in Shin Buddhism in 2005 and appointed by Dr. Matsunaga as RBC Assistant Priest in February 2010. He received full Tokudo ordination at Tokyo Honganji temple in Tokyo Japan in 2015. 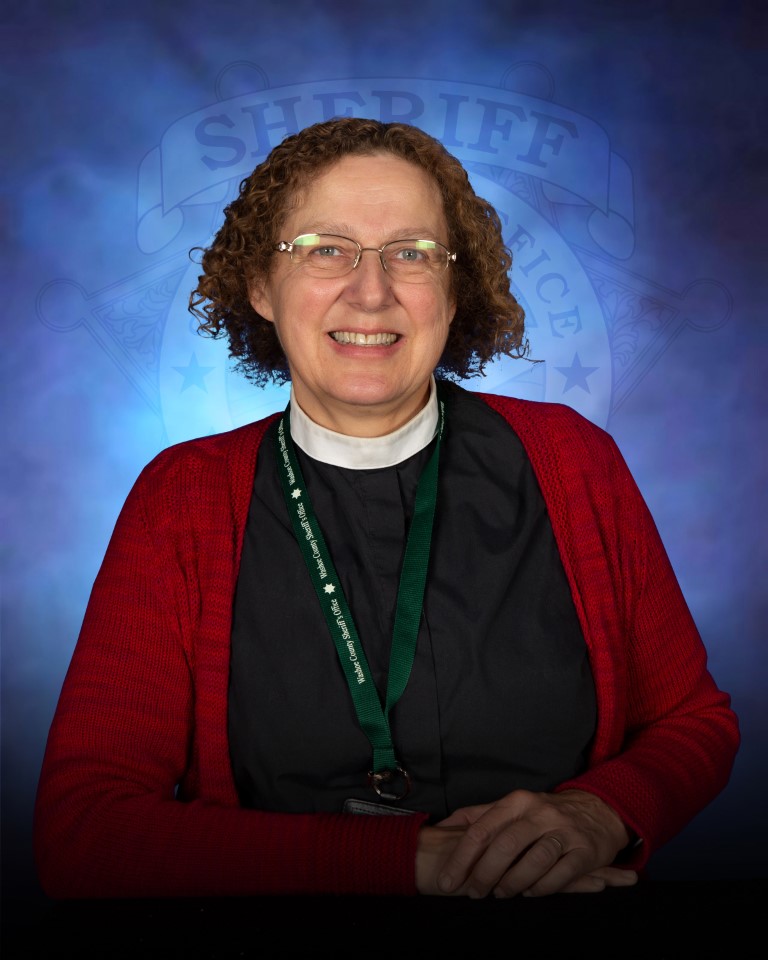 The Rev. Sarah Johnson is an ordained pastor in the Evangelical Lutheran Church of America (ELCA) she obtained a Masters of Divinity from Luther Seminary in St. Paul, MN. She has formerly served 3 congregations in northern MN and is currently serving at Lord of Mercy Lutheran Church in Sparks NV. Rev Johnson serves as the Chaplain of the Washoe County Detention Center in Reno, NV and is the conference dean of the Sierra Foothills Conference of the Sierra Pacific Synod of the ELCA. In her spare time she enjoys reading and hiking, but not at the same time. 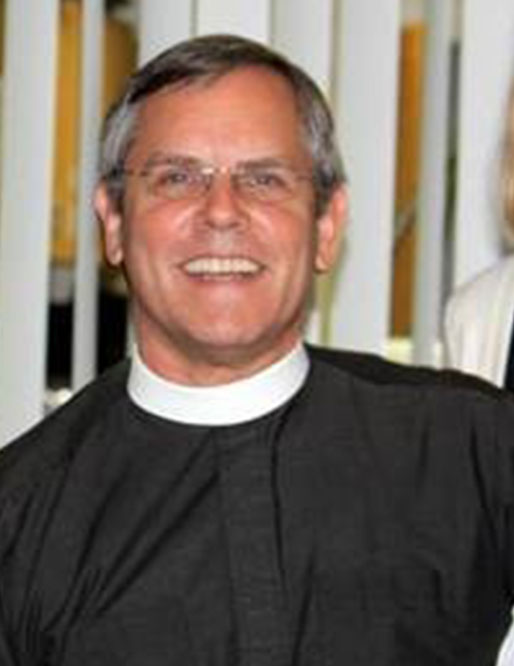 Father William was raised in Massachusetts, attended college at Arizona State University, and did seminary work in Gettysburg, Pennsylvania. He was ordained in 1978 and served parishes in Harrisburg and Lancaster, Pennsylvania. He took a second Masters degree at the University of Notre Dame and served as the liturgical design consultant and designer with Ecclesiastical Arts in Philadelphia, Pennsylvania.

In 1997, William went into education teaching at St. Pius X High School in Houston, Texas, and joined the Episcopal Church. In 2001 with a move to Florida, he taught at St. Joseph’s Episcopal School, Boynton Beach. At this time, he also earned a Doctorate of Divinity from the Episcopal Seminary in Alexandria, Virginia.

In 2015, William became the eighteenth rector of Trinity Episcopal Church, which at Christmas 2016, became the Cathedral Church for the Episcopal Diocese of Nevada. Father William is an accomplished watercolorist, and he enjoys reading, cooking, and travel. 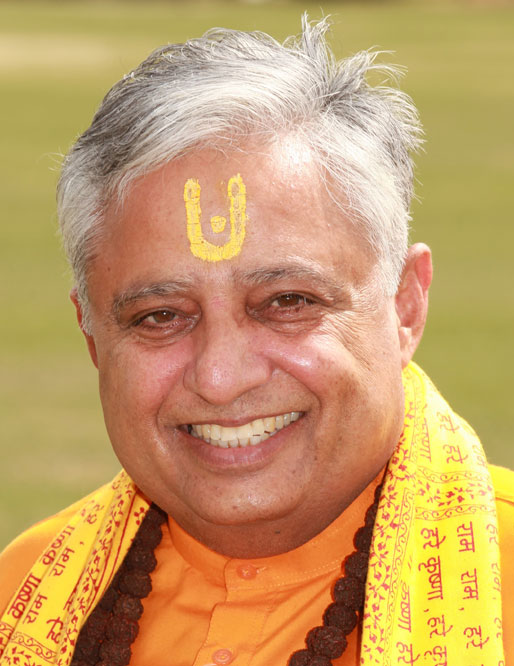 Global religious statesman who has taken-up interfaith, religion, Roma (Gypsies), other causes all over world. He was invited by the President of the European Parliament in Brussels (Belgium) for a meeting to promote interfaith dialogue. Read opening prayers in the United States Senate and US House-of-Representatives in Washington DC; various State Senates, State Houses-of-Representatives, County Commissions, City Councils all-over USA; covering 187 legislative bodies in 28 states. 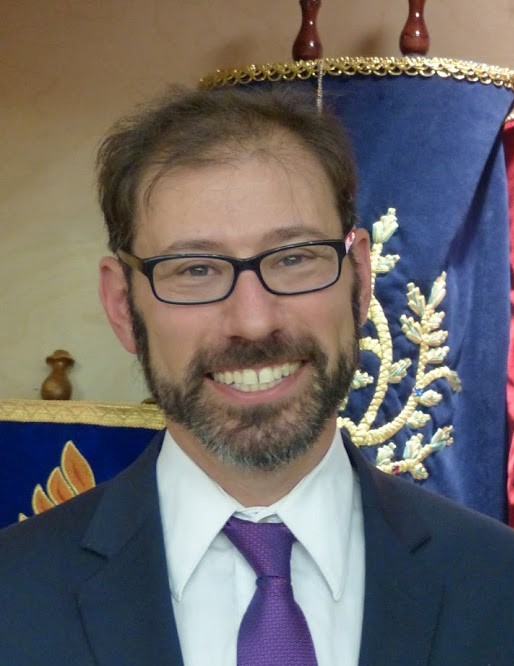 Rabbi Benjamin Zober is the co-rabbi of Temple Sinai in Reno, alongside his wife, Rabbi Sara Zober. He grew up in Cleveland, Ohio, learning to love winter, doomed sports franchises, and corned beef. After graduating from Brandeis University with a degree in European Cultural Studies and a minor in Near Eastern and Judaic Studies, he returned to Cleveland, and he earned his J.D. from Cleveland-Marshall College of Law. As a lawyer, he served as a public defender, representing death row inmates in capital appeals. Seeking a more proactive approach to helping his community, Rabbi Zober attended rabbinical school at Hebrew Union College – Jewish Institute of Religion. His rabbinical thesis, “A Light Unto the Nation: 3 Jewish-American Responses to the Holocaust,” detailed largely unknown efforts to intervene on behalf of Jews during the Shoah. Currently, he sits on the Washoe County School District SHARE Board and is an active participant with ACTIONN. He likes to bake, run, and make pop-up books in his spare time (or what remains with rabbinical duties and being a proud step-dad to three wonderful kids). 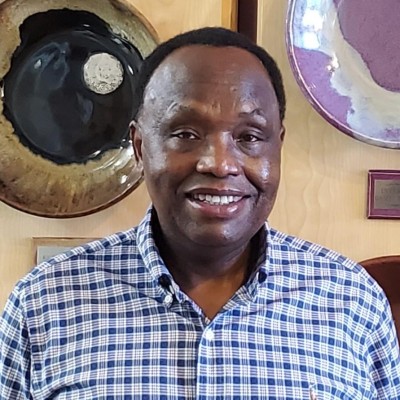 Fr. Chuck Durante is rector at St. Thomas Aquinas Cathedral and Vicar General for the Diocese of Reno. He has served in various parishes and ministries in the Reno and Carson City area, including high school chaplain, Diocesan Vocation Director, parochial vicar and pastor. He is the chair of the Life, Peace & Justice Commission of the Diocese of Reno.